Here are some snapshots of our data from the Feshie experiments.

Readings are taken every 20mins and stored on nodes. At 30mins past each hour the border router PC fetches the readings and deletes them from nodes. It then POSTs them to our database in Southampton. 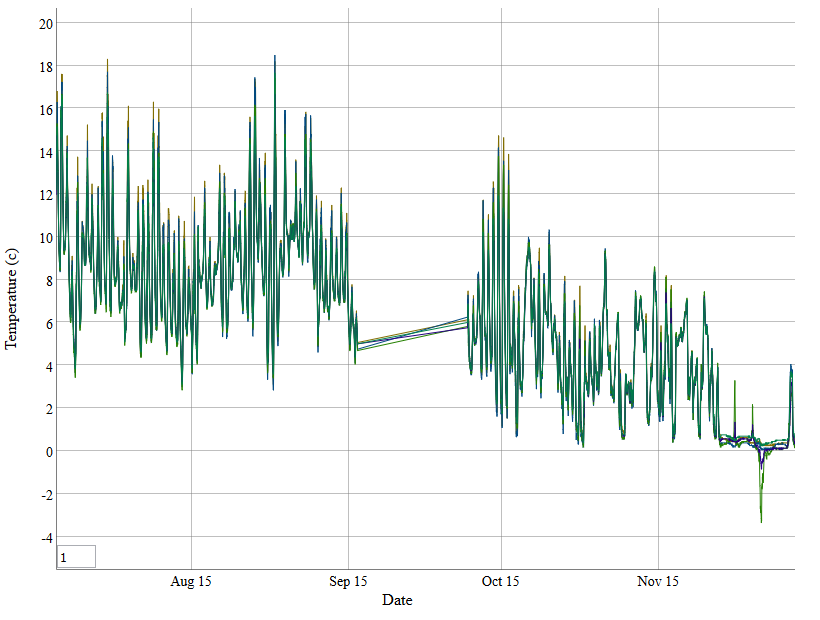 This data is from a peat node with a multi-temperature sensor. Data was lost at the end of September due to corruption. The end of November shows a more constant level probably due to snow covering the area. 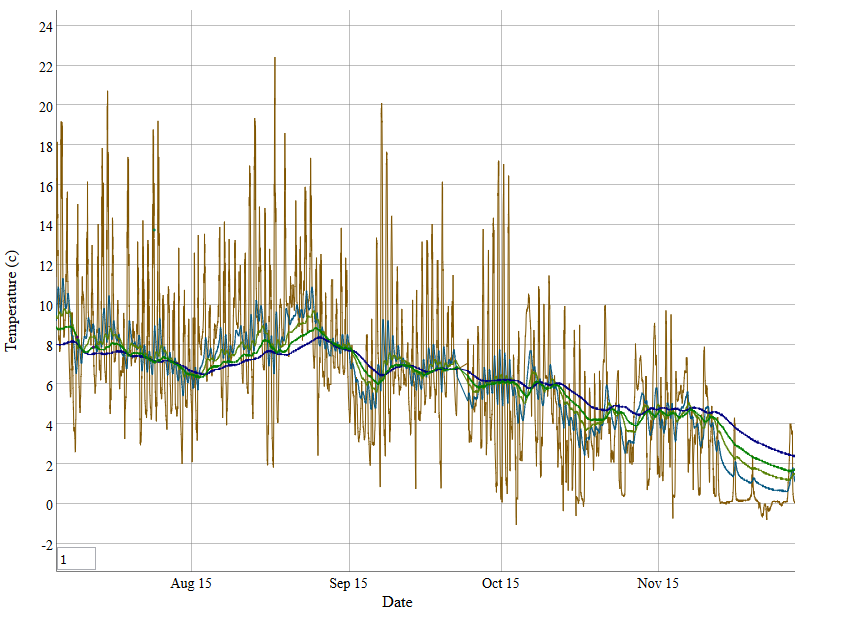 temperatures from the sensors on node 106B 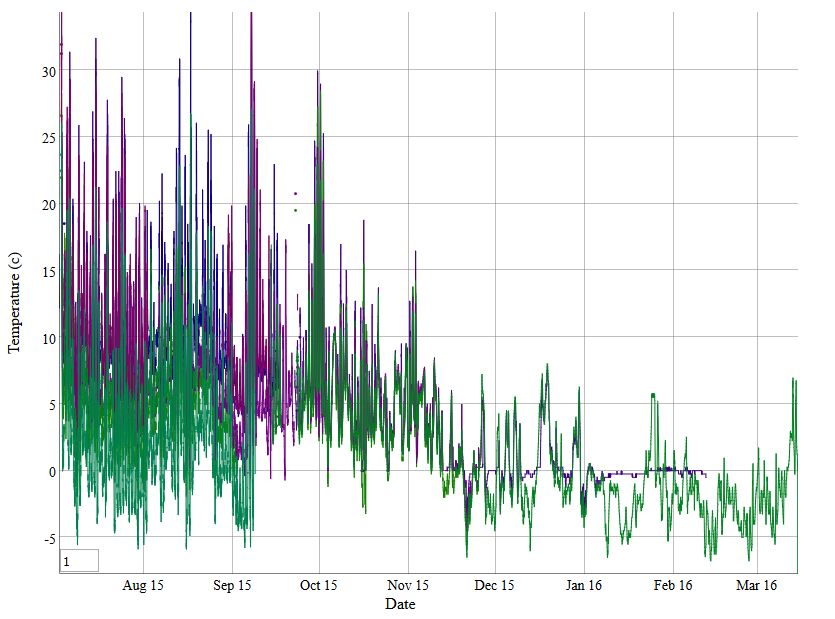 summary of temperature data obtained from inside the node cases as received by march 2016. The number of nodes offline and saving their data to their store increased during winter. 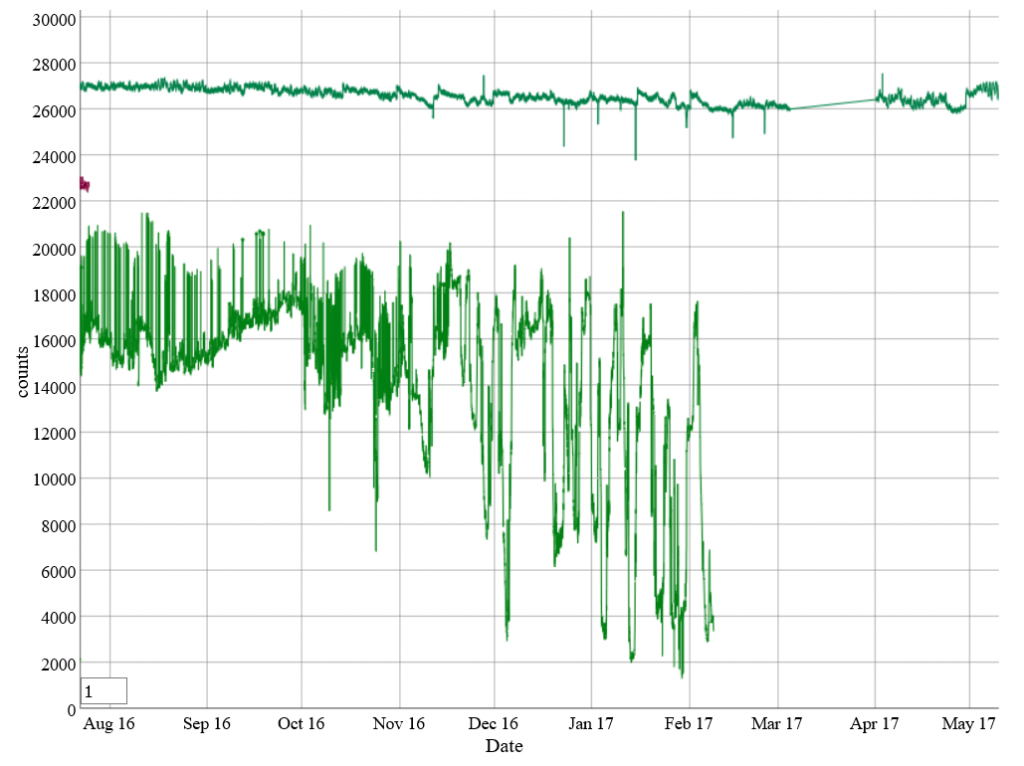