The sensor nodes made for the New Forest trial use a different “System on Chip” (SoC) but the same 868MHz frequency used in Feshie. They run the RIOT-OS which is an IoT operating system which provides the “network stack” we need. The Microchip SAM R30 SoC includes an 868MHz radio so we only had to use one chip to control the whole node and network. It uses the ARM Cortex M0+ CPU which is extremely power efficient. The current used while on and listening is around 11mA but when sleeping only around 4 microAmps.

Other specifications which may be of interest:

In Glen Feshie each sensor box contains a “sensor node” which comprises a small processor, storage for readings, electronics to interface to specific sensors, a battery and a radio transceiver to communicate. The nodes ran the Contiki operating system. These nodes use very little power so the battery can last over a year. Regular communications (eg hourly) fetched the data to our server.

In the summer of 2014 we built Zolertia Z1 based nodes, with a CC1120 radio module and various sensor interfaces (mainly RS485). These were tested in the Cairngorms site and successfully communicated over long distances (1-3km).

In the later deployments we used a custom CC2538 based board designed by Graeme Bragg, in place of the Z1 and an updated MS2 motherboard. This gave us more code space and speed. These have a 32 MHz Cortex-M3 with 32kiB RAM and 512 kiB flash. 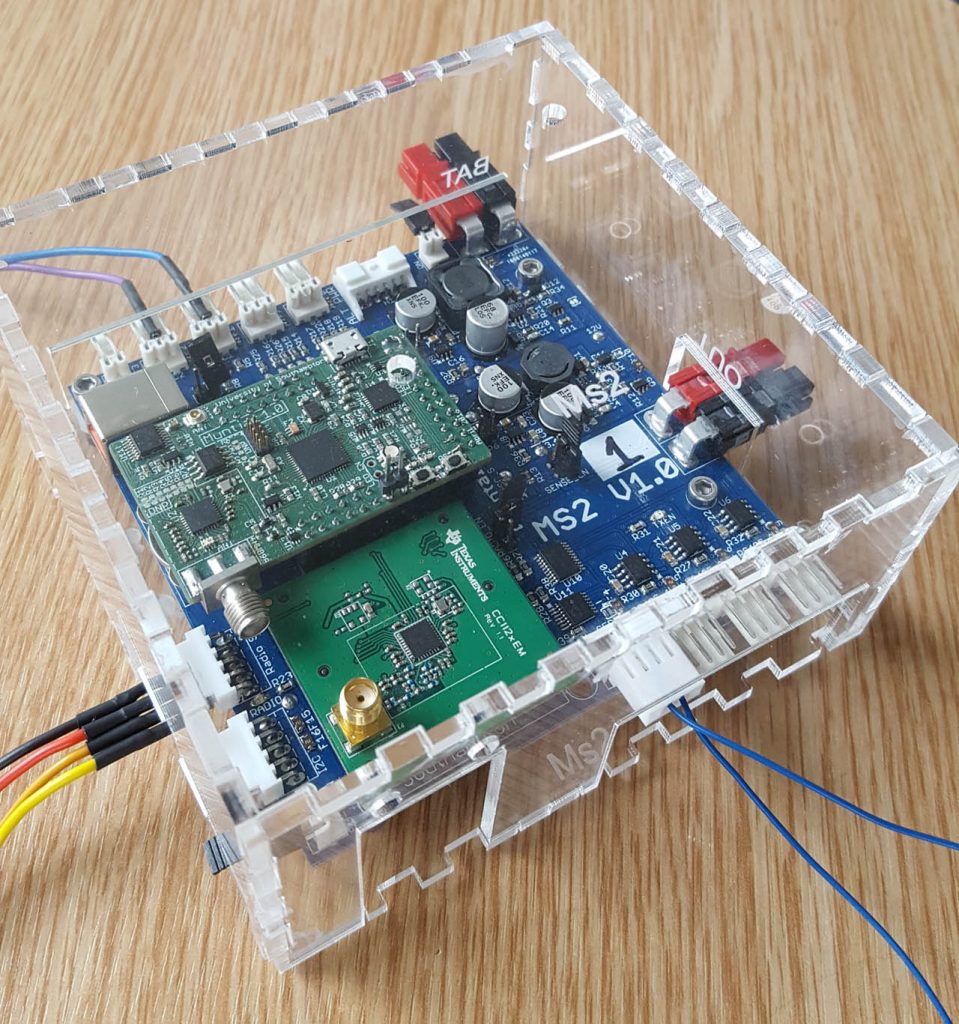 This is the 2016 node in its protective laser-cut “inner” box. You can see the “muntjac” processor board on top and the green CC1120 radio board alongside. 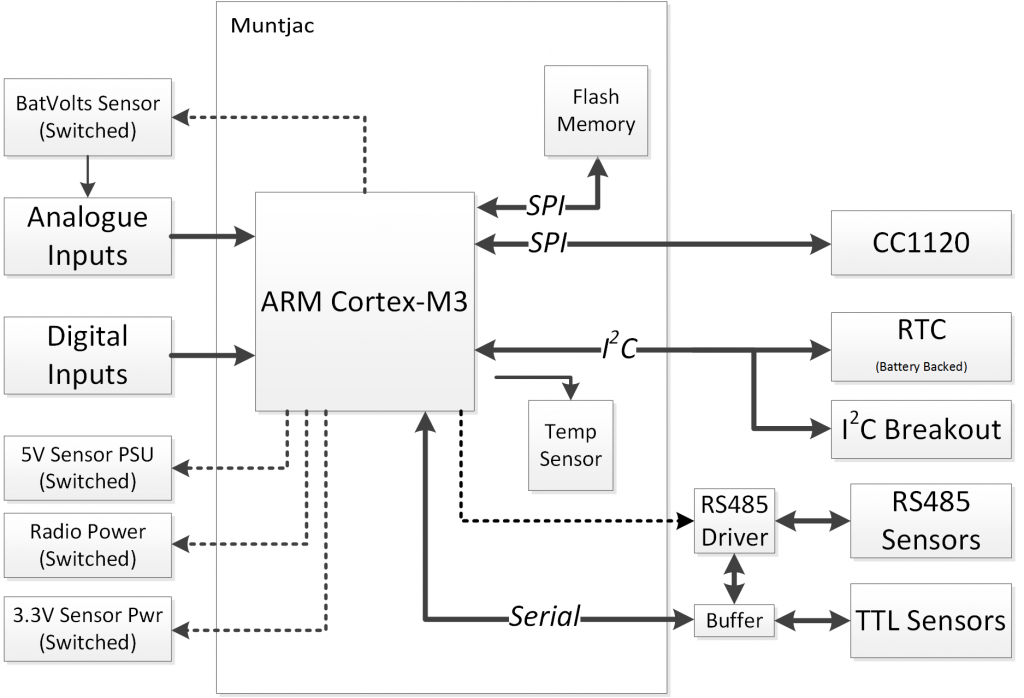 diagram of the 2016 sensor node

More details are available in our SenSys paper.

To save time, in the first deployment we used large (12AH) lead acid batteries so we could keep the nodes in a network permanently, which makes tests and research much easier. The heavy batteries also helped to prevent the nodes moving in the wind! In 2016 we tested Lithium ion batteries with solar panel chargers in collaboration with Sebastian Bader (mid-Sweden) and that provided a much lighter solution.