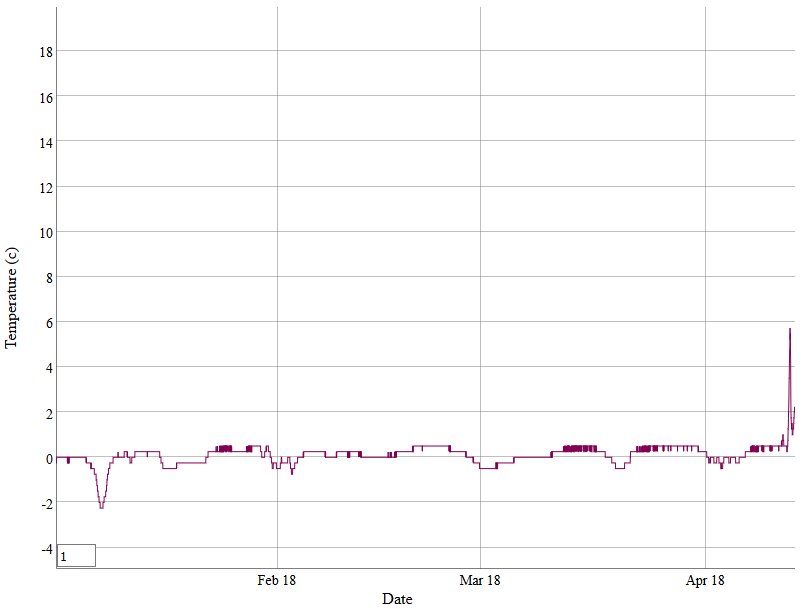 This temperature plot for the lochan node shows that the snow – which was covering the solar panel has melted. This allowed the battery to charge again. The snow acts as an insulation layer to the Peli box – which is why the temperatures show little daily change before. 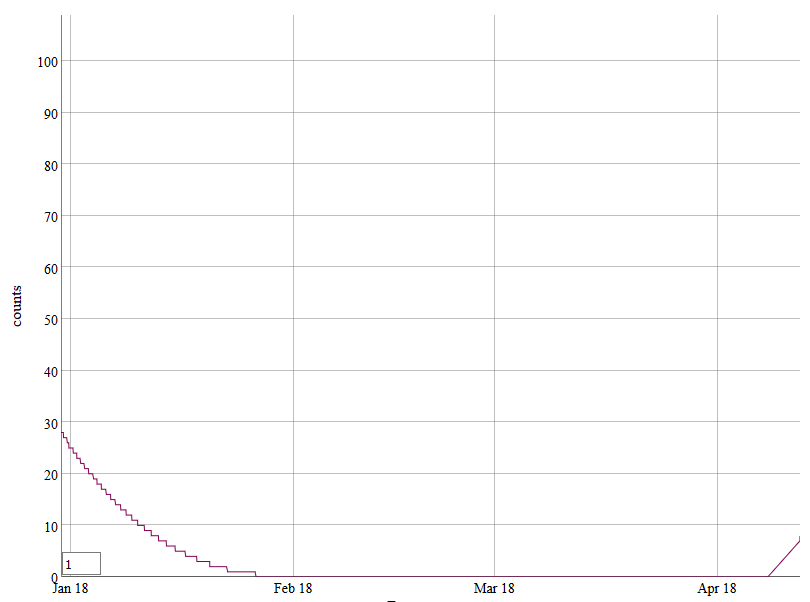 This plot of the Starte-of-Charge data for the lochan node shows that now the snow has melted off the solar panel it has begun to recharge. There was a slight error in the zero level as the node worked for part of that period.

This data shows that Sebastian Bader’s smart-charger has worked well and the lithium ion battery has performed as expected throughout the winter.